Working lands are the future of conservation

From the earliest indigenous peoples to later European arrivals, those who settled in the American West naturally staked out the best pieces of country they could find. They didn’t settle on the high mountain tops or extreme deserts, places we’ve since designated as wilderness. Instead they etched out homes and communities along waterways and fertile valley bottoms, places that were the most habitable for both people and wildlife. While the rights of control and ownership have been claimed, fought over, stolen, traded and sold, the fact remains that these lands have been continuously occupied by people for centuries. Some of these lands became cities, suburbs and transportation corridors. Where grizzlies once roamed, Seattle, Portland, and San Francisco sit now. The remainder, consisting primarily of farms and ranches, are the last best pieces of intact, fertile, habitable open land. They are the cornerstones of both human communities and the ecosystems we all depend on. And they are disappearing.

They [farms and ranches] are the last best pieces of intact, fertile, habitable open land. They are the cornerstones of both human communities and the ecosystems we all depend on. And they are disappearing.

This is why, in coming decades, conservation will inevitably focus on working lands. Distinct from wilderness, working lands are commonly understood to be those lands tended by human hands. In the West, working lands are often comprised of intermingled and interdependent public and private lands. These sparsely populated portions of the landscape are where wild and urban intersect and mingle, where elk spill out of the high country onto winter ground, where grizzlies and cattle forage in the same pastures, and where stock ponds provide the only water wildlife might find for miles.

To keep working lands intact and able to sustain both people and wildlife requires that we rethink conservation from the ground up.  When we designate wilderness we are segregating, effectively partitioning, people from a wild place. This can be done by drawing a line on a map, legislating and enforcing, and has often been done from afar. In the case of working lands, it is almost exactly the opposite. Here, we need to integrate people and natural systems. Land managers face a tremendous challenge in trying to support multiple interests and values, from production to conservation. It is a constant juggling act requiring tradeoffs, on-going negotiation and adaptive management specific to a given place. It has to be informed and led by those on the ground, which is why we are seeing community-based collaboratives emerge as a kind of organic solution. These collaboratives allow for the necessary flexibility and adaptive management and have proven effective in many landscapes.

Critically, when it comes to working lands conservation, economics matter. Aldo Leopold was right that we tend to abuse land when we regard it merely as a commodity which we own. At the same time, the reality in our economic system is that land is a financial asset and, in many cases, the foundation for a land-based business. At the end of the day, as with any business, the bottom line has to work or the business goes under. In this case, that often means land is sold and subdivided or put to alternative uses such as industrial development that can generate income. Until we better align economics with ecological stewardship, natural lands and biodiversity will continue to decline. And, unless working lands can sustain reasonable livelihoods, only the wealthiest will be able to afford to own land.

Unless working lands can sustain reasonable livelihoods, only the wealthiest will be able to afford land.

In addition, many in the rural landscape have come to perceive conservation as a kind of environmental or recreational colonialism driven by urban interests. Most people who live in a city or a suburb have not paid the costs of their own impacts to wildlife and the environment. Houses, office buildings, highways, energy fields and recreational activities have displaced wildlife and often obliterate the values we say we seek to conserve. Yet as a society we are not holding ourselves accountable for these impacts. Most of us pay less than the cost of a six pack in federal taxes each year to conserve threatened and endangered species. And now, we look out at the rancher or farmer who has managed to keep the land open and demand they take the moral and financial responsibility for conserving what is left.

The public will pay for a house, oil and gas, and beef to a certain price point, but far less so for the habitat needed for an endangered snail or frog, for winter forage for deer and elk, or to help reduce conflicts between livestock and public wildlife. We get what we pay for.

Regulatory approaches, while necessary to a certain level, only go so far. You can legally prevent a person from killing an animal, but you can’t force that person to create or enhance its habitat. A land manager makes a thousand decisions a year that impact various conservation values and only a tiny fragment of those fall within any regulatory reach. Whether that individual experiences conservation as a net positive or negative will affect the 999 other decisions they make about land use and land management.

If we are to be serious about conserving these essential lands, we must invest in them. Not just in easements, not just in cost share programs, both of which are important, but in creating the economic drivers and positive human relationships needed to support conservation and stewardship long term.

For some people, the idea of converting working lands into national parks or other public recreation areas is attractive and seems to pose an economic solution in the form of ecotourism. Yet outdoor recreation is not the same as conservation. In many cases it is the opposite. A Colorado State University study in 2016 highlighted the industrial scale impacts of outdoor recreation on the environment, and the crowded highways and booming development in and around our national parks underscore this point.

But more importantly, working lands serve two essential functions. They supply our basic needs, from food and fiber to energy and minerals, and they form the transition between the urban and the wild—the place where people and nature intersect. This is an incredibly important space and the only real place where, as human beings, we can work out our relationship with the natural world, where we can and must learn how to occupy the planet without destroying it.

Working lands supply our basic needs, from food and fiber to energy and minerals, and they form the transition between the urban and the wild—the place where people and nature intersect.

As an artist knows, it is more often the spaces and relationships between things than the objects themselves that hold meaning. The same is true on the land. It is the interaction between the bee and the flower, the movement of the seasons, the constant change like a kaleidoscope, that creates what we know and love as nature. Our relationship with the land must be equally fluid. There are no quick fixes or one-sized-fits all answers. Being on land is a living engagement, a constant give and take within highly complex and dynamic human and natural systems. Done right, land stewardship is an art and a science. It has a language, culture and pace of its own but from which an increasingly urbanized public and the policy makers who represent them are less and less connected. Less than two percent of the U.S. population today is involved in agriculture. That is why it is so important that these remaining voices be heard.

The good news is that given the necessary resources and support, people, just like pollinators and beavers, have the capacity to enrich the living community of the land. The other good news is that landowners and managers across the country are already conserving and restoring habitat, streams and watersheds, continuously learning how to improve soil health, produce healthier food and build collaborative partnerships. These stories don’t end up very often in the media and generally take place out of the public eye, but some of the very best conservation today is taking place on working lands. The right kinds of approaches and support can go a very long way toward sustaining and restoring both biodiversity and human wellbeing, including human health and prosperity.

This article originally appeared in On Land’s inaugural print volume. If you don’t want to wait for essays like this in the future, subscribe to On Land today. 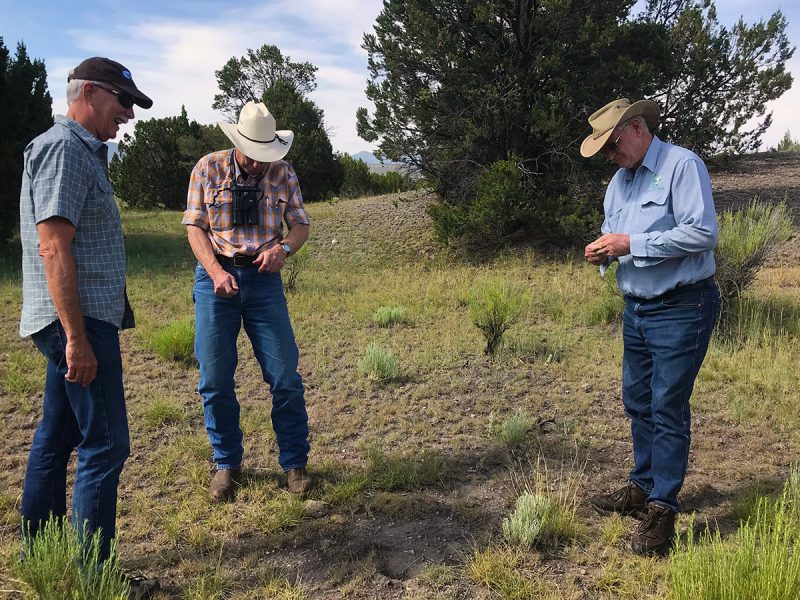 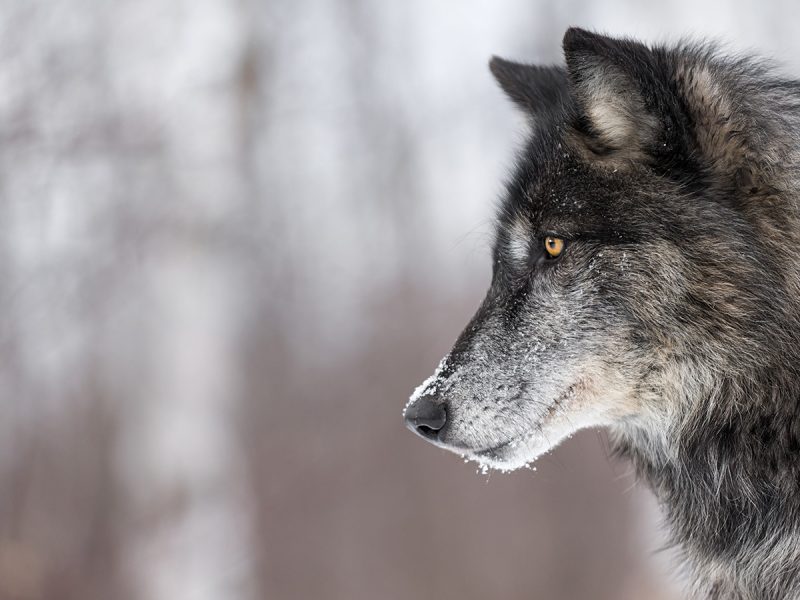 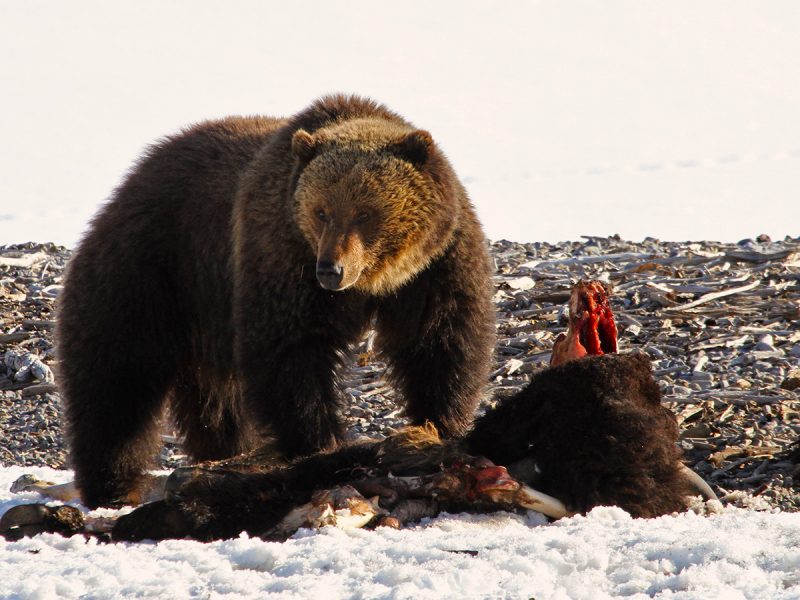