This month, Montana’s state legislature will consider giving the state Livestock Loss Board the authority to include a multiplier in their formula for compensation. Colorado agency leaders are also beginning the process of devising that state’s compensation regime for wolf depredations. So the issue of what makes an effective and fair depredation compensation system is particularly relevant now. But why do these programs exist, how do they work, and what about the idea that they create a moral hazard that encourages ranchers to avoid best practices?

Why compensate producers for livestock depredation?

Livestock producers in areas with protected predator species, like cougars, grizzly bears and wolves, are typically eligible for compensation from the state for livestock confirmed killed by those predators. Having displaced these species from urban, suburban and industrial development centers, the public now has created legal protections for them elsewhere. This places an inordinate cost burden on livestock producers who have managed to keep land open and available to wildlife. It is only reasonable that the public contribute to a share of these costs.

That the public understands this basic arrangement is supported by both survey results and the explicit requirement for a compensation program in the ballot initiative on wolf reintroduction that narrowly passed in Colorado this November.

Further, it is also generally recognized that, especially in the Western U.S., livestock production is a more amenable land use to large carnivore conservation than the likely alternative land uses (i.e. rural residential development), even if this means accepting some level of livestock-carnivore conflict. Compensation for losses, in this light, can be seen as a relatively low-cost (compared to fee title acquisition, for instance) public investment in preserving favorable land uses.

How do depredation compensation programs work?

To receive compensation for depredation, an investigator, often a federal, state or county employee, must confirm that the livestock animal was killed by the predator species eligible for compensation. These highly trained forensic wildlife biologists use the same autopsy and forensic techniques used to solve murder cases to determine cause of death and the most likely culprit. This is difficult work, made even more difficult by the fact that many livestock depredations in the West happen miles from reliable roads in dense forest or steep mountains forcing investigators to approach on horseback.

Meanwhile, the formulas used to calculate payments vary from state to state and circumstance to circumstance. The most significant way this varies is through the application of a multiplier in the formula. A multiplier represents a recognition by the state that there is a difference between the number of livestock from a herd that can be confirmed killed by a predator species in a particular environment and the number of livestock that are likely to have actually been killed by that predator species. In addition, many producers report that increasing predator prevalence also causes “indirect” losses to their income through physical manifestations of increased stress on their domestic animals, including fewer pregnancies and decreased weight gain.

The big myth: compensation reduces the incentive for ranchers to avoid depredation

In essence, this is like saying that because livestock producers are compensated for losses, they don’t mind when a wolf or bear kills and eats one of their animals. In reality, every animal in a rancher’s herd represents an investment of money, yes, but also of time, energy, care, thought, planning and breeding. These personal investments comprise the art of animal husbandry, one of the oldest professions on earth. Ranchers take great pride in their work (as do most people who get to do what they love) and they are understandably unhappy when that work is destroyed.

Nonetheless, many ranchers are also happy to provide forage and habitat for the natural prey of those predators, and room for them to move across the landscape and find shelter. To many ranchers, the joy of the profession starts from raising a healthy herd and extends to cultivating a healthy landscape with the native species that attracts.

Moreover, compensation for losses is capped at the number of animals missing from the herd when the herd returns from pasture at the end of the grazing season, and the formulas for calculating payments use current market rates for livestock. Thus, producers cannot receive more in compensation than they lost in potential revenue from livestock in a year.

Of course, there are unfortunately always going to be those bad actors who seek to game the system. But research around the world has shown that this behavior is exceedingly rare. As Richard Harris, Montana’s Grizzly Bear Plan Coordinator, says, “We should expect and accept a small moral hazard as the price paid for having a [compensation] system that, on balance, works for producers and achieves its stated objectives.”

Livestock producers in the West are proud to raise healthy food for their community and nation. Keeping their animals safe and healthy is a key part of this job. In essence, deterring predation is part of good husbandry, which most producers recognize improves the profitability of their whole operation in the long run. At the Western Landowners Alliance, we have yet to meet a livestock producer who is interested in raising feed for grizzly bears or wolves. 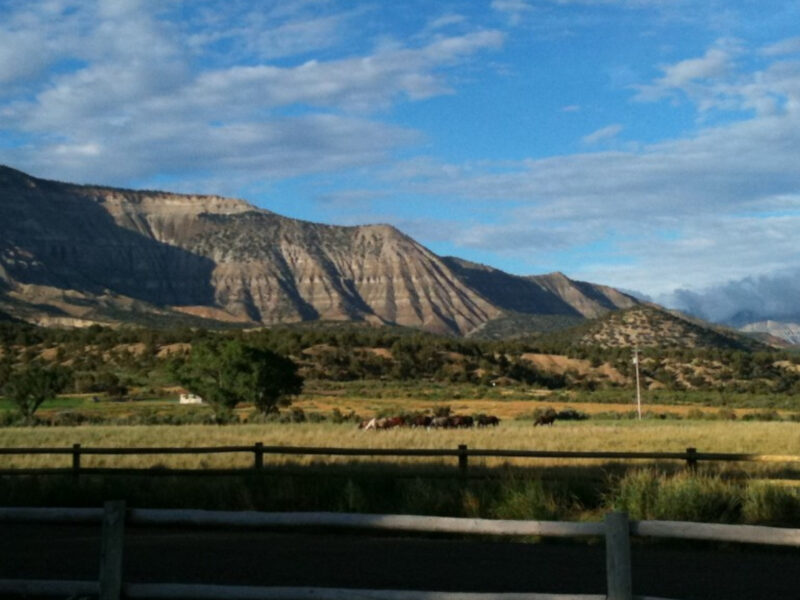