In relationship with the land

Elk migrate from the high summer pastures of the Yellowstone plateau to the relatively warmer valley bottom ranch lands for winter range. They pass along to their young information about the route, about how to know when to begin migrating and when to stop, year after year. Wildlife biologists recognize that maintaining healthy and resilient herds is more about maintaining elks’ ability to exercise this ancient land use system than it is about harvest numbers per game management unit or any other management tactic.

Human resilience and health is built on the same foundations. We call them cultures. Culture is a system of relationships among people and their places, and the multifaceted systems we use to pass those relationships on to the next generation. It is an evolutionary process enacted through multigenerational experiments about how humans can best be in relationship with the landscape and each other. Since that landscape is always also slowly changing, the experiment is never complete. But it is culture that holds the deep memory of all the changes that have come before: of both the failed and successful experiments, year-in and year-out, in making a sustainable living within a particular place.

And that is why locally led conservation matters. Locally led is merely the current lingo for the expression, practice and development of durable, sustainable cultures. In our increasingly mobile and virtual society, it is more important than ever to support this fundamental kind of conservation when and where it still exists.

When Europeans and their descendants came West, they came in a hurry. They brought cultures from faraway places to new, unknown ones that were multiform and often fragile. They had no memory of the thousands of years of experiments in making a living that had occurred within these landscapes. European-settler culture often expressed disdain and worse for long-term Indigenous experimentation, and thus cavalierly dismissed it. President Andrew Jackson perfectly highlighted this contrast in cultures in his infamous speech to Congress on his plan for “Indian Removal” in 1830:

“Doubtless it will be painful to leave the graves of their fathers; but what do they more than our ancestors did or than our children are now doing? To better their condition in an unknown land our forefathers left all that was dear in earthly objects. Our children by thousands yearly leave the land of their birth to seek new homes in distant regions. Does Humanity weep at these painful separations from everything, animate and inanimate, with which the young heart has become entwined? Far from it. It is rather a source of joy that our country affords scope where our young population may range unconstrained in body or in mind, developing the power and facilities of man in their highest perfection.”

Chief Seattle, in a speech to a delegation sent by President Franklin Pierce to negotiate a treaty with the United States 24 years later, at the other end of the continent, expressed the Indigenous counterpoint: “To us the ashes of our ancestors are sacred and their resting place is hallowed ground. You wander far from the graves of your ancestors and seemingly without regret.”

Furthermore, formal alphabetic writing, the scientific method, peer-reviewed academic articles, and subject-matter specialization itself, are recent inventions of humans. Long before that, humans used stories, sung and told around campfires, to collect, curate and communicate, transmit and preserve place-based knowledge of relationships within a landscape. While modern science is an important tool, it has too often disregarded and undermined Indigenous knowledge, stewardship and intimate spiritual relationships to place. Local knowledge in combination with science has the potential to be far more powerful at shaping and preserving effective stewardship than science alone.

A Ministry to the Land

I spoke recently with Enrique Salmón, a Rarámuri of Cañon del Cobre in la Sierra Madre Occidental of northern Mexico, who chairs the American Indian Studies program at California State University–East Bay. He authored the 2020 book Iwígara: American Indian Ethnobotanical Traditions and Science. He told me: “When we as Native people look at a landscape, it’s more than just looking at beautiful scenery and incredible sunsets, it is more than recognizing, ‘I know that plant, I know that animal and its life-cycle.’ It is also this recognition that my stewardship, my ministering to this place, is crucial to its ongoing existence.”

Salmón pointed out that anyone can have this recognition and that, in fact, many European-American farmers and ranchers are cultivating it. He continued:

“If we look at family farms and ranches that have been in the same place for four or five generations, and then we use a GIS system and lay the number of plant species or other measures of ecosystem function over that, you see a correlation between those people who have been on the land for a long time and the biodiversity existing in those places. So in other words, these Western agriculturalists and farmers, sometimes if they have been taking care of their acreages carefully, they’ve actually been playing a positive role in maintaining the diversity of their landscapes. They have been ministering to the land, learning from it what it needs them to do to keep it whole and healthy.”

Salmón and I connected over this concept of ministry. “Ceremony and ritual,” he said, “are part of everything that native peoples do. Everything is a ministering.” Ceremony and ritual, along with narrative and story, are the media of culture. They are how we come to embody the intangible knowledge that our culture provides. This daily work (I recall the line from Corb Lund’s “S Lazy H”: “My youth it was carefree, for the work was my play”) that farmers and ranchers are doing is the formation of culture. Salmón was clear about this process: “What’s going on is that some of these ranchers and farmers have become or are becoming indigenous to their ecosystems.”

This indigenization is a phenomenon scholars have noted worldwide, and it conveys something uplifting about our species. When people live in a place for a long time, they tend to develop mutually beneficial relationships with many species of plants and animals, including so-called “wild” animals and plants. Globally, studies have found that although Indigenous people govern less than 5% of the Earth’s land area, they steward more than 85% of its existing biodiversity. What is sometimes referred to as “traditional ecological knowledge” (TEK), which one might also simply refer to as Indigenous culture, co-evolved with the landscape to increase resilience, through both diversity and regulated use, and through ecologically healthy productivity.

In Iwígara, Salmón shares a story about mesquite in the Southwest. A Paiute elder wags her finger at a National Park Service employee for allowing the mesquite groves to “become a mess.” The Service had believed that banning human access would allow the trees to return to their ’”natural” ecological state. But the result was that the groves had been overgrown with competitive invasive plants. “Local Paiute, Mojave, Chemehuevi, and other native peoples have argued for decades that the mesquite groves must be managed by pruning, small-scale controlled burns, and harvesting. In other words, humans play a part in the ecological dynamics of certain plants.” Proper harvesting of mesquite encourages more productive trees, while small-scale fire reduces competition, encouraging healthier trees and making room for native flora and fauna. People and mesquite rely on each other, and many hundreds of other beings count on that relationship.

Supporting and rebuilding durable, place-based cultures within the landscapes of the American West will be key to rediscovering these kinds of relationships. Narrative and mythology are essential to cultures. Professor Salmón reminded me that we used to celebrate the farmer and rancher as the bedrock of American society, but what remains today tends to be a hollow celebration of rugged cowboy individualism and freedom. Instead, he insists: “We need to get back to celebrating the people who have managed to maintain over generations a way of working the land that doesn’t just serve them, but it serves all of us who need the food and fiber and so on.” 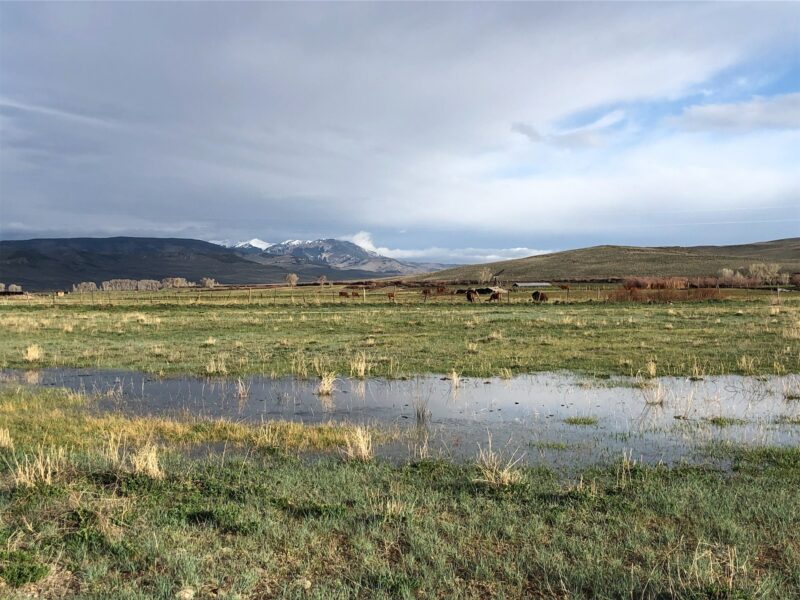