Meadowlarks trill in the chilled dawn air of this early, erratic spring. Oriental poppies in the garden came up and wilted back with frost. The locals—the bushy currant decked in yellow blossoms, the red-brown glow of the crack willows, and the cottonwood’s kiwi green halo cast by new leaf buds—survive far better. And the calves do well this calving season.

I’ve always doted on the calves, but this year I realize that I am in love with the Motherherd. I love the Mother words: Motherlove, Mothergod, Acequia Madre. Written as compound words, they become icons rather than alphabetic symbols to me, and like an icon, the paint, wood and gilt is believed to be infused with the sacred nature of what it depicts. The word and the herd smooth my skin when I’m rattled or angry. A visit to the herd calms and revives better than a nap or coffee. I return to equilibrium, hearing the cows murmur, grunt, or chew. While neither cow nor calf, I feel invited into the sisterhood of the herd in the same way my friend Lorraine Boillard’s mom took me in after 4th grade and made fried bologna sandwiches for us.

I can’t imagine ranching without a Motherherd. Other ranches custom graze other people’s cattle seasonally rather than live with a resident herd. But I love knowing the herd: this cow had a rough birth last year, this one hates the horses, and this one is likely to break my ribs.

Maybe this love is ancestral, the whisper of Irish warrior queens heard within the mooing and munching that washes over me like my Mom singing lullabies. Maybe it’s that all my human mothers are gone—my mom, stepmother and mother-in-law—and the generations-rich matriarchy of the herd fills the gap.

Time to stand up

Walking out to the herd this morning I see a mother cow well into early labor. I finish checking the herd and come back round, to see that the calf has just now slipped from the mother onto the soft grass. A few minutes pass, but the mother doesn’t stand up to lick her calf clean. This could be trouble: if the calf has the amniotic sac around its muzzle, a mother’s tongue will remedy this. Telling the dogs to “Stay,” I head over. Baby is fine, but mamma doesn’t budge. A mother cow usually stands when you approach her newborn, but this mamma lets me lift the calf’s leg to check its gender—a bull—and does nothing. On this mild, calm day there’s little chance of the calf chilling as he waits for mamma, but she needs to stand soon. If she lies too long her bulk causes paralysis in her hips and legs and she may never stand again.

The dogs and I wander to the old willow grove and then head back to the herd. Mamma is up, baby is dry, and all is well.

There’s always something. Yesterday the new apprentice, Courtney, called my cell while she was checking the herd. “There’s a cow on her back!” Once on her back, a cow can’t right herself; gas builds in her rumen, which swells until the pressure on her lungs suffocates her. With a calf in her womb, she’s a grounded dirigible, unable to maneuver, and this cow is in a shallow irrigation ditch. No way we can pull, push, or scare her onto her feet.

Knowing we’ve five to ten minutes before she dies, we sprint to the house and drive back with the Chevy flatbed. We loop a tie-down strap around her front feet, tie the other end to the front bumper, and while I hold tension on the strap Courtney backs up the truck. As the cow’s head and shoulders rise out of the ditch she scrambles to her feet, the looped strap falls from her legs, and off she walks.

Cattle were evidence of wealth for the ancient Celts, my ancestors. As the main tenders of the herd, women were respected and valued far more than in crop-based patriarchal societies. In later centuries and many countries, women created economic stability—and a measure of freedom—by selling extra milk or butter to earn money she controlled.

Cow goddesses abound in ancient cultures; every cow is a manifestation of the archetypal Mother—bestower of life as well as fierce protector. We see both manifestations of the Cow Goddess in the herd. Old 719 tossed George onto the ground and broke his ribs when he tried to put an ear tag in her calf. And there was Beauregard’s mom, who lay beside him when he was born so he could nurse, as he couldn’t stand due to a birth defect that gave him two feet on one leg.

I watch the mother cows move across the pasture to water, akin to a large ship on the sea: steady, smooth and regal. Like a queen, she allows us to pay her court and believe that we are in control, but if she really wants to break out of a pasture or hog the water trough there isn’t a thing we can do about it. She’s her own boss.

This same agency radiates from the young women who apply for our apprenticeship. Unapologetic about their ambition, they revel in their ability to weld a gate or pull a calf or handle a tractor regardless of comments that they are unfeminine or bossy. We’re creating a multigenerational Motherherd of our own, elders with creaky hips but years of know-how and young ones with strength and conviction. Together we can knock down any fence we must to remake agriculture with the fierce love of the Mother.

Julie Sullivan and her husband, George Whitten, own and manage their 3rd -generation, certified organic, cow/calf-to-finish, grass-fed and grass-finished cattle ranch in the San Luis Valley of Colorado. The San Juan Ranch is committed to restorative practices that result in soil health, functioning grassland ecosystems, and viable small scale ranching.

Julie is the founding mentor of the Quivira Coalition’s New Agrarian Program and currently provides mentor training and support, program design, and apprentice support for the program. Previously, she served as faculty for over a decade with the Audubon Expedition Institute at Lesley University Environmental Studies and Environmental Education program. Julie is fiercely dedicated to the next generation of agrarians, fully functioning ecosystems and creative solutions to the interaction of humans with their planet.

About Women in Ranching

Julie Sullivan is a rancher, ecologist, and mentor who manages the San Juan Ranch with her husband George Whitten and rotating team of star apprentices. 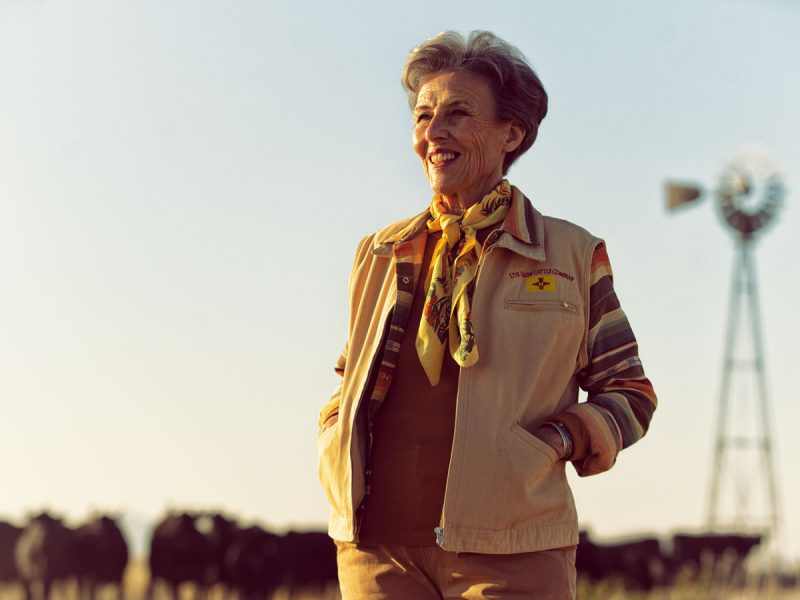 Feed your tortillas to the birds 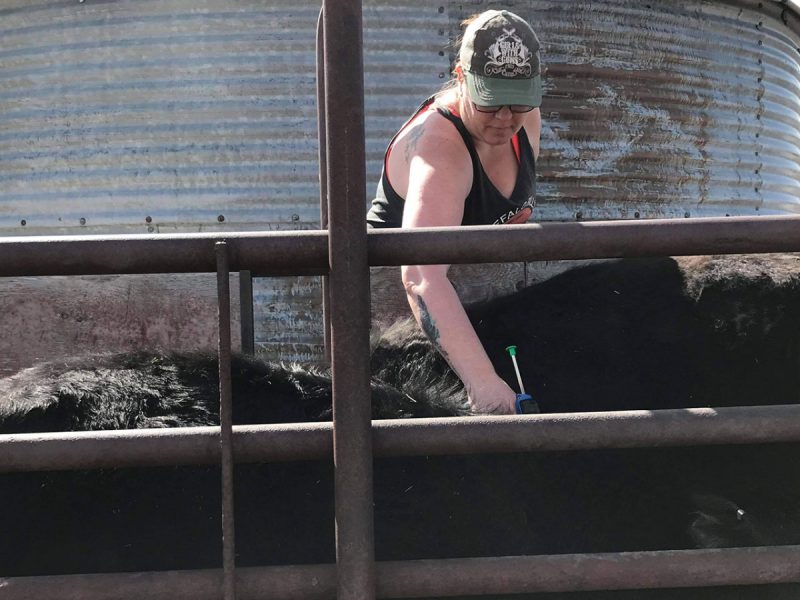 Trina. A Human of the Working Wild 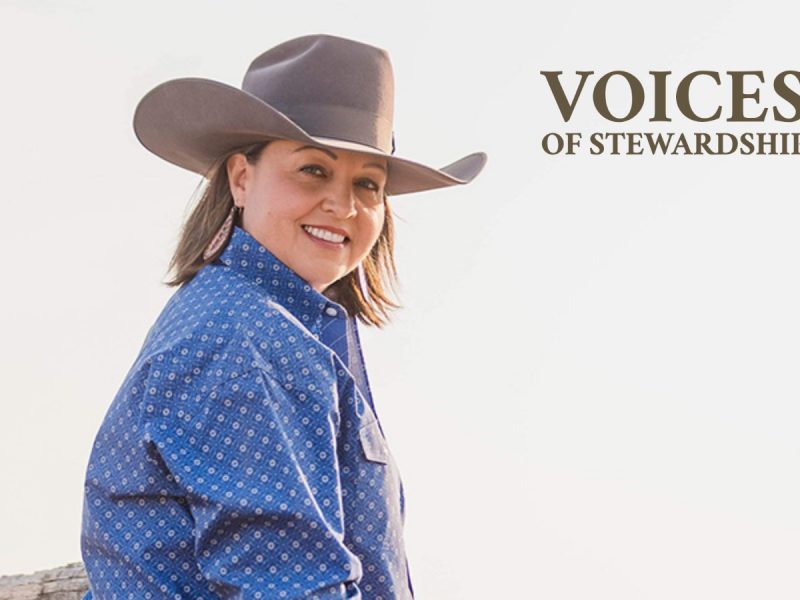 The center of my everything