One cold, dark, November night, I was lost somewhere outside the small town of Walden, CO, searching for a bison ranch. I had taken time off from my marketing job at Whole Foods Market to help during the outfit’s annual bison roundup. With no cell service, I was becoming increasingly concerned about finding the ranch. Self-doubt kicked in. When I finally had service I called my husband. “Is this normal?! For a 30-some year old woman to be spending her free time showing up at some ranch not knowing where she is going to sleep, what she is going to eat, to learn about a completely new profession?!” My husband replied, “No. But do it anyway.”

In joining this world of women ranchers, I attribute any and all progress to my growing skill of leaning into the uncomfortable.

Tenacity: the quality of being very determined

After graduating college with a bachelors in Political Science, I took some time to enjoy the mountains where I was raised, river guiding and working in the ski town of Keystone, CO.  Deciding that I needed to find a passion that would serve something greater than myself, I set out for Washington, DC, hoping for exposure to different opportunities. While a great experience, nothing which lit my fire. I returned to marketing work in CO, but it was quickly very clear to me that I was not meant to work a desk job. After exploring various options in farming and ranching, I visited my first bison ranch and a few months later worked my first bison roundup. I was freezing cold, sore, exhausted, and had witnessed the unglamorous side of working these powerful, and often wild animals. But by the end of the day, I knew…this is what I was meant to do.

I was married, had financial obligations, and was not in a position to intern for any extended length of time to learn a new trade. The following six years was a progression involving visiting different bison operations on my free time, calling and connecting with other producers, and continually sharing my dream with anyone who would listen.

A galvanizing moment came during lunch break at a bison roundup. I was sitting next to an older man who was a bit rough around the edges. During our conversation I said that I would raise bison one day. He looked at me and laughed saying, “You’re not going to raise bison.” A trusted mentor once told me that the people who poke holes in your dreams, the naysayers, can be your most valuable advisors. They will show you your blind spots, make you reconsider your beliefs, and if nothing else, they will motivate you to succeed.

Solidarity: unity of feeling or action, especially among individuals with a common interest; mutual support within a group.

The journey of learning the bison industry, beginning my business, and becoming a rancher has not been experienced alone, but in solidarity!

In my five years at the Savory Institute, I learned the incredible framework of Holistic Management and met some of the most inspirational and innovative producers on the planet.  I am fortunate to have, what I consider, some of the smartest, most experienced, and most creative advisors in the regenerative ag movement. So many friends and colleagues have spent hours on the phone brainstorming with me, and answered my plethora of text messages asking for help. In the potentially solitary work of ranching, these relationships are my most valued resource, but more than that, they are the gold nuggets of this work.

In 2015 I heard that Mimi Hillenbrand would be stopping in for a visit at the Savory Institute. I had read about Mimi in Dan O’Brien’s book Buffalo for the Broken Heart and also in a Savory case study on Holistic Management. Being a firm believer in the power of first impressions, I accosted her and shared my belief that I was meant to raise bison and inquired if she would in some way help me start to build a herd. To my surprise, she kindly welcomed me to participate in their upcoming roundup.

After that first roundup with Mimi and her team, ranch manager Moritz Espy, drove me into town for the ranch’s annual auction. Hat on the dash and driving the ranch truck with a single hand, he looked over at me in the passenger seat and said, “Mimi asked me if we’d be willing to help you get a start raising bison, and I told her NO.” Not wanting to show my disappointment I began telling him how much I appreciated his consideration and that I understood. I didn’t get far before he said, “But I got to know you and I like you, so we’re gonna do this thing.”

And that was it, I had my start!

My passion for regenerating land and producing thriving animals could only take me so far. All of my pragmatic, hands-on knowledge and skill in ranching has been gained because others took my dream seriously and gave me a chance. And there is so much more for me to learn!

So many friends and colleagues have spent hours on the phone brainstorming with me, and answered my plethora of text messages asking for help. In the potentially solitary work of ranching, these relationships are my most valued resource, but more than that, they are the gold nuggets of this work.

Creativity: the use of the imagination or original ideas

Due to the joint holistic context of myself and my husband, including multiple, complex factors, we live in one of the more expensive (cost per acre) regions of the country. Southwest Colorado, right outside Durango, is an incredibly challenging place to purchase land. Beyond cost per acre, water is scarce and the land has been subdivided into small ranchettes, or what we call the ‘35-acre plague.’

As I work to purchase land, I am continually advised that what I am suggesting has never been done before or ‘is not usually done that way.’ To name a few of my unconventional approaches:

Just because something has not been done before does not mean that it can’t be done. The beautiful thing about creativity is that it allows the space for failure. As a new producer, I am absolutely expecting to make many mistakes, to learn things the hard way, and for a significant percentage of my experiments to fail. I count myself fortunate that when these trying times come, I can reach out to an incredible community of both women and men to be creative in solution with me.

I read an inspiring quote recently, “Be brave enough to be bad at something new.”

But I would add:

Sarah Gleason is a first-generation bison rancher based in Durango, CO. She entered ranching after building a career first in consumer marketing and later in advocacy for regenerative agriculture and conservation. She began her business in 2016, when she purchased her first 15 bred bison. Gleason Bison is a holistically managed, grass-fed bison operation committed to serving its community, regenerating the environment, and producing thriving animals.

Sarah Gleason is the founder and owner of Gleason Bison, in Hesperus, CO.

What Yellowstone’s bison reveal about the power of the mob 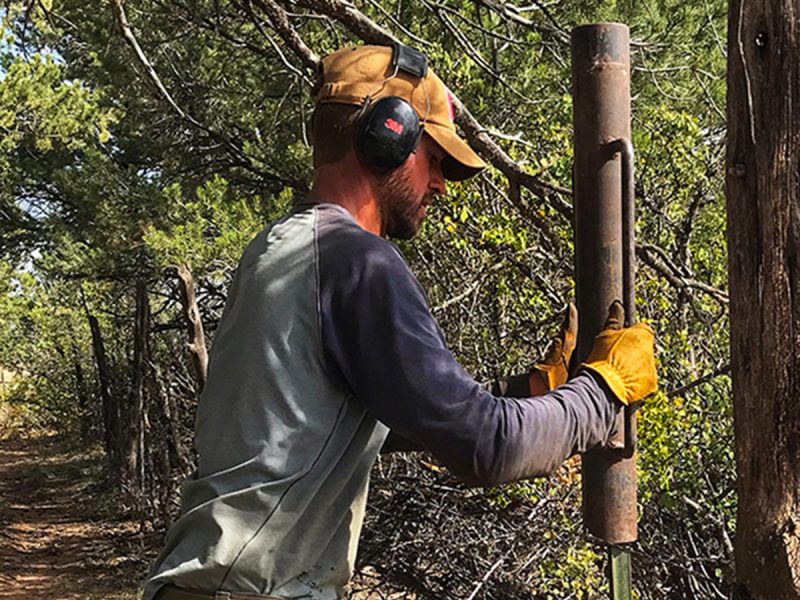