The Great and Powerful Atlas

Can a set of maps avoid erasing people from the landscape?

By the time you are reading this, thousands of individuals, nonprofits, industry associations, state and local governments and others will have submitted formal comments on the Conservation and Stewardship Atlas (Atlas), a key component of the Biden administration’s Conserving and Restoring America the Beautiful (AtB) Initiative, which includes the goal to conserve 30% of land and water by the year 2030 (30×30).

This Atlas, in the words of the administration, will “collect baseline information on the amount and types of lands and waters that are being managed for conservation and restoration purposes.”

Whether or not the variety of individuals and groups providing input on the Atlas agree on much else, most agree on the importance of the question of “what counts” when it comes to achieving the goal of 30×30.

Those with experience in collaborative conservation, a public process that brings together landowners and other stakeholders to solve common problems, are looking for opportunities within AtB and the Atlas. Perhaps the initiative could help federal agencies uncover more meaningful ways to encourage conservation on working lands. Perhaps it could also be an opportunity to think creatively about deepening the connection between land and human communities. As Steve Jester, executive director of Partnerscapes, a national private lands conservation organization, put it, “A mentor of mine once observed that people will support what they help to create.”

The daunting alternative is a conservation-as-usual approach. Area targets will be set, activities will be prohibited based on “best available science” and conflict with communities will ensue. Regulation and enforcement will set the tone and drive priorities from the top down.

“There must be a mechanism to recognize and account for the voluntary conservation efforts of private landowners throughout the country if we are ever to actually achieve the goal of 30×30.”

Early on in the framing of 30×30 – before the Biden administration had formally adopted the goal and integrated it into the AtB Initiative — the question of what would count as conserved land was fairly black and white. Reports issued by groups pushing for a 30×30 goal cited 12% as the current amount of land conserved in the U.S. That figure came from the Protected Area Database of the United States (PAD-US), which is maintained by the Department of the Interior.

The PAD-US catalogs all Earth surface areas “dedicated to the preservation of biological diversity and to other natural (including extraction), recreation and cultural uses, managed for these purposes through legal or other effective means.” It ranks these lands in four tiers based on the strictness of the legal limits of what is allowed to occur in the area. Of these four levels, only lands in levels one (Strict Nature Reserves & Wilderness Areas) and two (National Parks) were considered protected enough to fulfill the objectives of the 30×30 goal as it was framed.

As the 30×30 goal gained more traction, others began to point out that the federal government already owns 28% of the land in the country, with many Western states well above that figure in terms of federal ownership. However, federal ownership does not guarantee biodiversity or ecological function. The point was clear, though: if the legal status of a patch of ground is the benchmark by which protection will be measured, are we all that far away from 30%? And, more to the point, would 30×30 just become a pretext for designating more and more wilderness and parks?

Some of the largest conservation organizations in the country also recognize that counting only level 1 and level 2 protected areas will not achieve the desired outcome. David Willms, Senior Director for Western Wildlife at the National Wildlife Federation, says, “Conserving and restoring 30% of lands and waters by 2030 will only effectively address the biodiversity crisis if those lands are ecologically diverse, and sufficient to halt the loss of species and genetic diversity. Large-scale designations of federal land in the West cannot and should not be the metric used to achieve these goals.”

Another way to frame this critique is that conservation doesn’t happen on paper, in legal documents or the maps they reference. It happens on landscapes, and requires daily management choices by people. Willms says, “There must be a mechanism to recognize and account for the voluntary conservation efforts of private landowners throughout the country if we are ever to actually achieve the goal of 30×30.”

So far, the administration has suggested they are sensitive to that criticism. In announcing the AtB Initiative in January 2021, White House Council on Environmental Quality Chair Brenda Mallory stated, “We will be measuring progress based on real outcomes and benefits of conservation and restoration efforts in the lives of people and in the health of ecosystems, rather than solely by scale.”

The May 2021 report from the administration on the AtB Initiative made it clear that private lands stewardship, not just legal protection, will be considered. The report states, “Efforts to conserve and restore America’s lands and waters must respect the rights of private property owners. Such efforts must also build trust among all communities and stakeholders, including by recognizing and rewarding the voluntary conservation efforts of private landowners. …”

“If it’s decided by governments and implemented in a top-down fashion, it will ultimately fail due to the disconnect from reality.”

An analogous concern about designations has contributed to delays on a global agreement on the 30×30 target. Internationally, proponents of “rights-based conservation” oppose a global agreement, under the framework of the United Nations Convention on Biological Diversity, which includes area-based targets without specific safeguards to ensure that the effort does not lead to violations of the rights of people who live in high-biodiversity areas. At a March 2022 meeting in Geneva, negotiators found they could not agree on goals or quantitative targets (e.g., 30×30). The best they could do was agree to meet again in Nairobi in June for a last-ditch attempt to come to terms before the convention’s twice-delayed (due to COVID-19) Conference of the Parties in Kunming, China. That conference is now scheduled for August 2022. The debate has received little attention in the United States in part because the U.S. is one of four U.N. member states that is not party to the convention.

A 2021 report from international Indigenous rights group Rights and Resources Initiative concluded, “The rapid expansion of formal conservation areas to incorporate up to 50% of Earth’s terrestrial area risks replicating and amplifying historical injustices — such as displacement through forced evictions, state-sanctioned physical violence, the assimilation of cultures and the loss of traditional ecological knowledge or systems.”

Indigenous rights advocates and researchers say there’s a better way to achieve conservation outcomes: devolve power to Indigenous and local communities. “If it’s decided by governments and implemented in a top-down fashion, it will ultimately fail due to the disconnect from reality,” said Thomas Worsdell, one of the co-authors of the report. That sounds familiar to locally led conservation collaboratives in the U.S.

Locally led, by whom?

The administration has called for the AtB Initiative to be locally led. Development of the Atlas is the first tangible opportunity to determine what that looks like. Many land managers fear that large-scale conservation efforts in the American West, no matter how well-intended, inevitably revert back to the federal government dictating how the table is set and determining what collaboration can look like.

Jesse Juen, former Bureau of Land Management state director for New Mexico explains, “whether efforts are led by federal agency staff or federal agencies are invited to participate in a locally led, non-federal effort matters.” Juen noted that invitation to a locally led effort allows agencies to participate without violating the Federal Advisory Committee Act. Agencies can and should participate in collaborative efforts, he said, but if federal lands “are in the mix of the discussion and desired by the group to be counted in this initiative, it may come with regulations and policies that would need to be adhered to.”

One specific concern relates to how the federal government will treat federal lands that are currently leased for livestock grazing. Addressing the Public Lands Council’s 2021 annual meeting, Nada Culver, the Bureau of Land Management’s Deputy Director of Policy Programs said, “How exactly you would measure each of those 155 million acres we will probably need to talk about, but, I think it’s got to be part of the effort if we want to succeed.” She later clarified that some grazing or management practices may need to be changed in order for those lands to count.

In many places, ranchers have been working for decades with their federal land management partners to shift grazing to benefit biodiversity and ecological function. Some see an opportunity in the development of the Atlas to shift the paradigm once and for all. “In many communities throughout the West, locally led landscape-scale conservation has been in action for years, and sometimes decades,” said Sarah King, executive director of the Altar Valley Conservation Alliance, a rancher-led group south of Tucson, Arizona, that has been working on conservation challenges since the mid-’90s.

“The work happening on the ground is being driven by local knowledge and know-how, but is often lacking the resources and capacity to succeed and expand. Where it is succeeding, it is because the cultural will is present there in the community to team up and work for the landscape as a whole. It is important to integrate this voluntary community-developed priority setting into the Atlas, and let that drive more capacity into truly local groups, and let them lead in addressing local priorities.”

On April 11, 2022, the Biden Administration announced that they would be allocating $440 million over the next five years to the National Fish and Wildlife Foundation (NFWF). The money is expected to be matched by private and corporate philanthropy, and enable a “streamlined application process” for projects that advance the goals of the America the Beautiful Initiative. According to the foundation, the fund will focus on “locally led ecosystem restoration projects that invest in watershed restoration, resilience, equitable access, workforce development, corridors and connectivity, and collaborative conservation.”

WLA has been working with the administration since the transition in 2020 to ensure America the Beautiful works for working lands in the West. The challenge fund is a sign that the administration is heeding feedback from Western landowners on the initiative. As WLA Policy Director Zach Bodhane put it: “A simplified funding process for locally led conservation groups has been a key request of ours for America the Beautiful from day one. Setting up NFWF to serve as a single point of entry to access funding from several federal agencies will leverage federal infrastructure dollars with private money and keep these funds from being tied up in red tape. Since NFWF regularly supports work across landownership types, including private lands, this is a timely investment of federal resources that will quickly benefit land stewards and conservation across the West.”

Zach Bodhane is policy director for the Western Landowners Alliance, based in Washington, D.C. 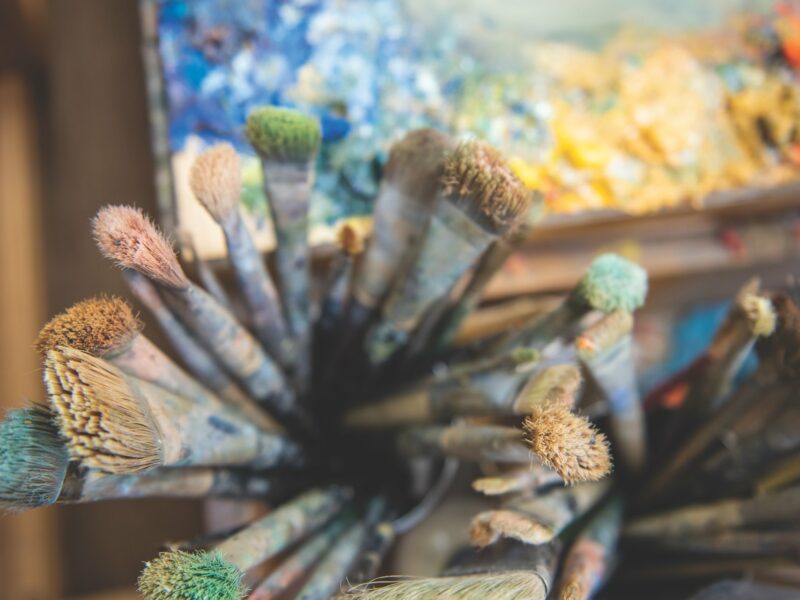 Nature is king – The art and life of Clyde Aspevig 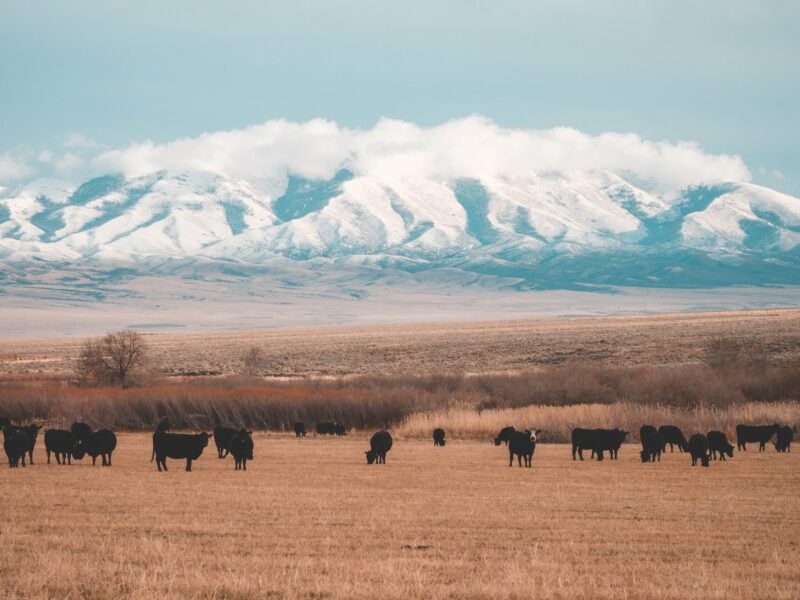 Ranching in reality: A perspective on the future from an old cowboy 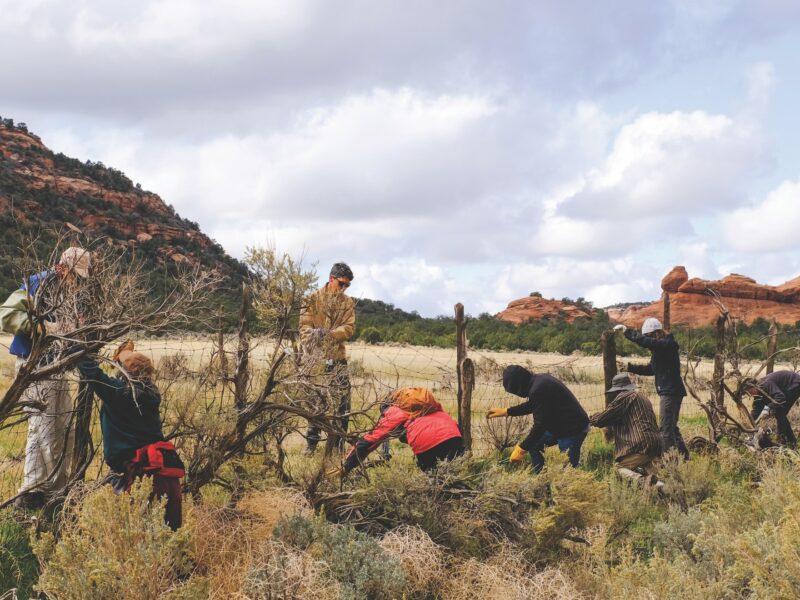 In relationship with the land